You are here: Home1 / Tamil Heritage 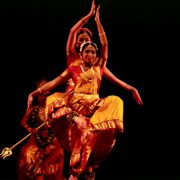 The Tamils are an ancient people. Their history had its beginnings in the rich alluvial plains near the southern extremity of peninsular India which included the land mass known as the island of Sri Lanka today. The island’s plant and animal life (including the presence of elephants) evidence the earlier land connection with the Indian sub continent. So too do satellite photographs which show the submerged ‘land bridge’ between Dhanuskodi on the south east of the Indian sub-continent and Mannar in the north west of Sri Lanka.

Some researchers have concluded that it was during the period 6000 B.C. to 3000 B.C. that the island separated from the Indian sub continent and the narrow strip of shallow water known today as the Palk Straits came into existence. Many Tamils trace their origins to the people of Mohenjodaro in the Indus Valley around 6000 years before the birth of Christ.  There is, however, a need for further systematic study of the history of the early Tamils and proto Tamils.

The Tamils were a sea faring people. They traded with Rome in the days of Emperor Augustus. They sent ships to many lands bordering the Indian Ocean and with the ships went traders, scholars, and a way of life. Tamil inscriptions in Indonesia go back some two thousand years. The oldest Sanskrit inscriptions belonging to the third century in Indo China bear testimony to Tamil influence and until recent times Tamil texts were used by priests in Thailand and Cambodia. The scattered elements of ruined temples of the time of Marco Polo’s visit to China in the 13th century give evidence of purely Tamil structure and include Tamil inscriptions.

“Tamil Nadu, the home land of the Tamils, occupies the southern most region of India. Traditionally, Thiruvenkatam – the abode of Sri Venkatewara and a range of hills of the Eastern Ghats – formed the northern boundary of the country and the Arabian sea line the western boundary. However as a result of infiltrations, made by peoples from other territories, Tamil lost its ground in the west as well as in the north.  In medieval times, the country west of the mountains, became Kerala and that in the north turned part of Andhra Desa. Bounded by the states of Kerala, Karnataka and Andhra Desa, the Tamil Nadu of the present day extends from Kanyakumari in the south to Tiruttani in the North….

In early times the Pandyas, the Cheras and the Cholas  held their pioneering sway over the country and extended their authority beyond the traditional frontiers. As a result the Tamil Country served as the homeland of extensive empires. It was during this period that the Tamil bards composed the masterpieces in Tamil literature…..